Homepage About us News The brands MITAS and RUBENA have dominated on the speeddown running of the mini-cycle-cars of the European Championship.

The brands MITAS and RUBENA have dominated on the speeddown running of the mini-cycle-cars of the European Championship. 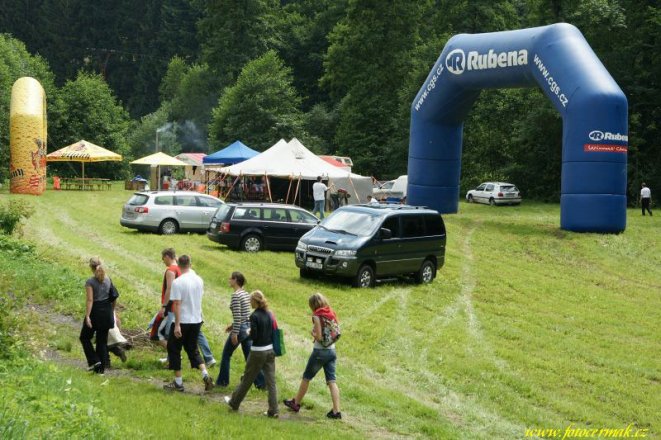 The 26th edition of the European Championship in the speeddown running has taken place on July 18 – 20, 2008, at Semily, where  the trademarks MITAS and RUBENA have markedly  asserted their qualities, when the runners of all eight competition categories (C1 up to C8)  have mostly applied just the tyres of these trademarks on their monoposts.

The ambitious running track in the length of 1800 metres with the 95 metres overtop, with 5  right-hand and 5  left-hand  curves has offered an excellent  anticipation for organizing this important sporting event, which really has been a top event of the sporting season for the 250-member starting field of the best European runners.

Owing to its nature, the running track itself has been an interesting item of this event, situated into the splendid  scenery of the Bohemian Paradise. This renowned National Nature  Reserve could not be  by no means damaged by the ecologically  regardful mini-cycle-cars, in spite of their almost hundred kilometer speed; on the contrary, the organization of this European Championship in this area has meant its important promotion and visualization.
The most prestigious C4 Elite men running category has been  won by the long-term experienced Czech  representative Jan Sejkora on the RUBENA V20 JUMBO tyres :

The partnership of the RUBENA and MITAS companies with the ÚMAK ČR organizing  committee  has augmented the position of both trademarks in the overall promotional arrangement of this Championship.