Homepage About us History History of Rubena Nachod

Today's Rubena was founded in 1999 by a merger of two up to then independent subjects, one of them was Rubena Náchod, and the other GUMOKOV Hradec Králové. 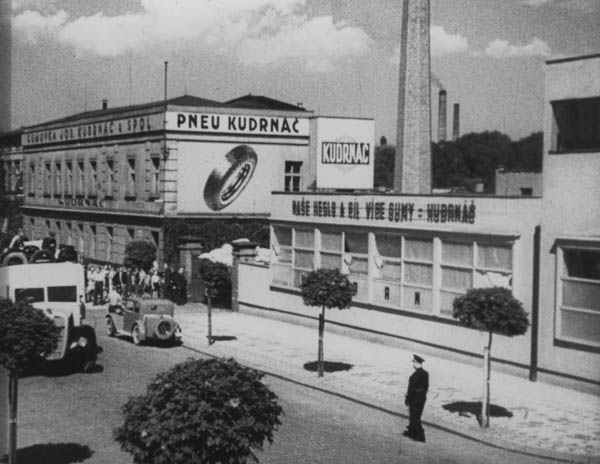 After World War II. Kudrnáč Co. was turned into a national company, and in 1947 given
a new name  - RUBENA. A year later, in Náchod  the rubber combine Rubena Náchod was founded; it merged with GUMOKOV  Hradec Králové and a machine-tool company in Předměřice. Five years later the branch was reorganized and VHJ Czech rubber plant Náchod was founded by the aquisition of  the following plants: ZZN Náchod, SNP Praha, Gumokov Hradec Králové, Osinek Kostelec nad Orlicí, and Azbestos Zveřínek.

In the 1960s they started using injection press technology to produce technical rubber, and in the beginning of the 1970s the production of car tyres was transfered from Náchod to Otrokovice. In 1989 an independent state company Rubena Náchod was founded, and three years later this company was turned into an incorporated company. In 1996 RUBENA Náchod became a part of CGS, a.s.

The beginning of rubber industry in Hradec Králové is connected with the name of family Hakauf. On 25 August 1928 a new company called Rubber Goods Production Public Trading Company (“Veřejná obchodní společnost zaměřená na výrobu gumového zboží”) was entered into the Trade register. The new factory stately began its operating on 14 August 1929, and in 1930 was given the name Gumovka – Ing. Jaroslav Hakauf and his sons. The production was not interrupted during the War. The original owners did not return after the War, and after the nationalization the company became a part of the rubber combine Rubena Náchod. The independent national company Gumokov Hradec Králové was founded in 1953, when it was separated from the Náchod Group, and managed directly by the Main Control Board of the Rubber Industry. In 1958 it became a part of a new production and economic unit České Závody Gumárenské, and operated this way until 1990.

At the end of 1990 GUMOKOV a.s. was founded, and included in the second wave of coupon privatization. GUMOKOV became a part of CGS, a.s. in 1997. Two years later by a merger with the company RUBENA Náchod, RUBENA Hradec Králové, a.s. with operations in Hradec Králové, Náchod and Velké Poříčí was founded, implementing the large investment program "RUBENA 2007", which received significant government investment incentives.

In 2016, Trelleborg finalized acquisition of CGS Holding. Trelleborg is a world leader in engineered polymer solutions that seal, damp and protect critical applications in demanding environments.